WHAT WILL IT TAKE? 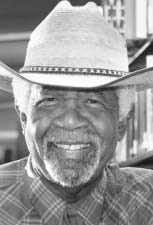 When are excuses no longer acceptable? If you had a cousin who repeatedly borrowed money with the promise to pay but never did, would you continue to loan him money? Would you co-sign a loan for him? If you answered yes to these questions, you are a true believer. There are people who can be confronted with the truth over and over again, but steadfastly refuse to believe or act on this reality. The classic example is Peanuts’ Charlie Brown, Lucy, and the “Saga of the Swipe.” For those who do not know the story, Lucy places a football on the ground so Charlie Brown can kick it, but every time she removes the football just as Charlie is about to kick. Charlie falls and Lucy promises that next time it will be different. However, it never is. Charlie Brown, the eternal optimist or sucker believes that Lucy will hold the football steady and not remove it. While Charlie Brown and Lucy are comic book characters and not real people, there are people who behave in a similar manner. They are promised one thing and when it’s not delivered, they say, “Oh Well” and keep on believing.

There needs to be a nationwide march on Washington demanding that President Trump leave office. Republicans should lead the march followed by Independents, the nonaligned, and lastly Democrats. Each day, the evidence of ignorance, incompetence, and duplicity is revealed for everyone to see. However, the Charlie Browns of the world keep believing. While there are major areas that can be addressed, this article will focus on two small examples. Recently, President Trump made a valiant effort to win the freedom of American pastor Andrew Brunson from house arrest in Turkey. Pastor Brunson cheerfully and gratefully met President Trump in the Oval Office and prayed with him. After the heartfelt prayer by Pastor Brunson, President Trump asked him a question: Who did you vote for? While it was said in a joking manner, who would say such a thing even as a joke? On this rather small incident, it is evident that this man does not have the character to be our President. The truth has no place in the President’s life. Time and time again, he has made blatantly false statements only to deny he made them or dismiss them as irrelevant. After claiming that President Obama was not born in America for years, just 53 days before the 2016 Election Day, he said “he believed the president was born in the U.S.” In 2015, a poll showed 20% of Americans believed Obama was born outside the United States, with 9% saying there is solid evidence to prove it and 11% saying it is just their suspicion. This was greatly encouraged by candidate Trump who never apologized for his “birther” accusations. The pattern of lying to the American people without remorse or regret has been standard behavior. President Trump seemed to have a lot of fun saying that Massachusetts Senator Elizabeth Warren falsely claimed to be of Native American heritage. He said recently that “he had more Indian blood than Democratic Senator Warren.” Comments of this nature were common on the campaign trail. “How about Elizabeth Warren, [she] faked her heritage for years [and] can’t prove anything, I have more Indian blood than she does, and I have none, unfortunately.” President Trump mocked Senator Elizabeth Warren at a campaign rally in Montana, where he dared her to take a DNA test to prove her claims that she’s Native-American. Trump said he’d even shell out $1 million if she took the test. Senator Warren recently had a DNA test and it was conclusively found that she does have Indian ancestry. When questioned about the remarks and Senator Warren’s Genetic Test proving her Native American ancestry, his response was “Who cares?” When asked if he will pay the $1 million for proof of her Indian heritage, his response was “I never said that.” People can say whatever comes to their mind, but we should expect and demand more from our President.