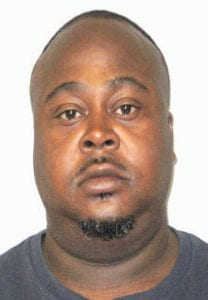 A Waynesboro man was arrested Monday after a search warrant led to the discovery of a number of drugs in his home, everything from marijuana to meth to heroin and pills.

According to a report from the Burke County Sheriff’s Office, the investigation into Ernest “Twist” Harris began in early September, when investigators were contacted by a number of residents who complained he was selling drugs out of his home on the 1500 block of Highway 23 South. Just before 7 p.m. on Monday, members of the narcotics, special operations and criminal investigations divisions executed a search warrant and found a number of drugs inside his home including approximately 52.2 grams of methamphetamine, 4.2 grams of heroin, 2 grams of crack cocaine and 21.8 grams of marijuana. He was also in possession of numerous amounts of prescription pills including Suboxone strips and Zubsolv, Alprazolam,Oxycotin and Oxycodone tablets.

“We are aware of the impact prescription pills, heroin and methamphetamine have had on our community and family members of overdose victims,’ BCSO Chief Deputy Lewis Blanchard said following the arrest. “We will continue to work tirelessly to get the individuals off the streets that are responsible for selling these drugs to our youth in an effort to improve our county and the entire CSRA.”