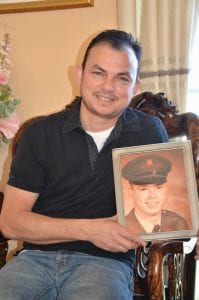 Once upon a time…in a land far, far away…

That’s how all fairy tales start, right? There’s a hero, a heroine. Difficulties, some times even seemingly insurmountable obstacles. Twists and turns in the plot. A clue here. A clue there…

And so our story begins…In the early months of 1972, while the U.S. was being bombarded daily with news reports of death and destruction overseas and reports of sometimes violent protests against the Vietnam war stateside, a tiny baby… a boy, was born in South Vietnam. Certainly not an uncommon event, but in this case the little boy’s father was an American GI and his mother a lovely, young Vietnamese woman. On the third day after his birth his mother, feeling she had no other choice, abandoned him on the streets outside of Tuy Hoa airbase where his father had been stationed. But his father was long gone… having fulfilled his commitment to a tour in Vietnam he was now stateside.

For the abandoned infant there was just one saving grace, in the form of a kindly woman who owned the bar frequented by the American GIs, who literally picked him up off the streets and gave him a home. The woman he calls mother. A fairy Godmother of sort, if you will. 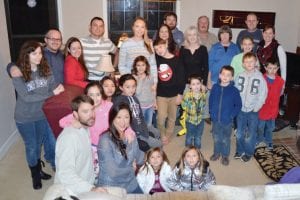 Eight months later the woman who gave him life returned and was persuaded to take a photo with the baby. A photo, cracked and brittle, that he cherishes to this day. He believes her name is Mai.

No one knows how many children were born in Vietnam to GIs, U.S. government employees, and civilian contractors during the war, but estimates run as high as 50,000 (re: Boston.com). Caught between two cultures and shunned by both, these “children of the dust” were destined for a life of hardship, many sustained only by a common dream – to find their American fathers, to finally belong to someone.

On April 30, 1975 Saigon fell and the North Vietnamese confiscated everything the little boy’s mother owned and sent them to a “Re-education camp” where for 6 months they were conditioned to accept the communist way of life. In reality these re-education camps were not there for the betterment of the people who were forced to live there but rather prison camps where little food combined with extreme hard labor and little to no medical care made survival a very real challenge. 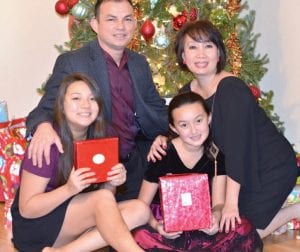 Returning to Phu Cat, the little boy, known as Tam, was left with his grandparents, which began a vicious cycle of being shuttled from one family to another, one place to another. Life was hard and the young boy’s life on the streets was a hard task maker.

By 1989 the teenaged Tam and other young men who roamed the streets of Phu Cat were proficient at finding abandoned, live ammunition that they would disassemble and then rig the explosives to use for deep-water fishing. Stunning the fish, as a way to gather food for their families or to sell to pay for other necessities. In the spring, young Tam found a M79 which fires a wide variety of 40-46 mm rounds, late in the evening. Having no time to dismantle it he instead found what he thought was a secure hiding place, intending to go back the next day to finish the job. Early the next morning, on the way to the hiding place, he heard an explosion and realized that someone had been following him the previous day, found the bomb and tried to dismantle it. The bomb, apparently very unstable, exploded. 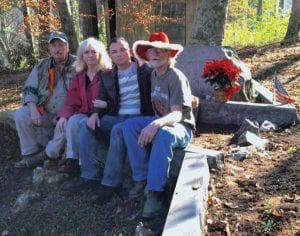 Visiting his dad’s grave with his uncle Chris, uncle Fayte and auntie Charmain.

That same year in the fall, young Tam’s biological father died in an automobile crash half way around the world – but events were falling into place for a climactic reunion with a family he could only dream about.

By April 2000, Tam was living in Washington, D.C., successfully employed and married to a beautiful Vietnamese woman named Kim. He began his first official search for his dad in April 2005. He contacted Senators John McCain and John Warner to see if they could offer any advice or help. Unfortunately, the United States Army Privacy Act of 1974 prevented any exchange of information and again he was back to square one.

In 2013 despite many setbacks, the time line was closing and the wonders of DNA testing were becoming more and more common. A sample submitted to Family Tree found a distant cousin, but no close family match. But even such a small success was fuel to the fire in his heart. Subsequently, in 2014 his DNA sample to Ancestry. com found an even closer cousin (4th), Doug Taylor, and in late 2014 a sample submitted by Tammy Brigham Cook hit an even closer match, which led him to our cousin Kevin DeLaigle.

From there, clues started falling like ninepins and it quickly became just a process of elimination. Cheryl Hester, who was helping with the research found and called my brother Chris on November 6 of last year (2015). Stunned with her proposal he agreed to submit a DNA sample. 3 weeks later, on Black Friday, November 27, the results came in and Cheryl called Tam to tell him the news. Chris was his uncle. And his dad was Chris’s brother, my brother… Dirk.

A phone call, an emotional conversation, and subsequent events took on a surreal mixture of both joy and disbelief. On Saturday, December 19th, 4 days after the anniversary of Tam’s father’s death 26 years earlier, family and kin gathered from as far away as St. Petersburg, Florida at my brother Chris’ house for a weekend filled with tears and laughter, discovery and love, so much love. We welcomed home a son and granddaughters of a brother that will never be forgotten, a new brother and nieces to Dirk’s children and a new uncle and cousins to Dirk’s grandchildren in Florida.

1991: With his dream of finding his father firmly in hand Tam moved to Dong Nai to live with yet another family while trying to enter the U.S.

May 1992: With $25 in his pocket Tam was flown to the Philippines where he lived in a transition camp.

December 1992: Meeting the criteria for entering the U.S. Tam was flown to Rochester, N.Y. to live with a sponsor family.

May 1995: Hard work and shear determination to honor his family pays off and he is able to bring them to America.

I asked Tam a difficult question before he left to go home. I asked, “With everything that you have shared with us – the good and the bad – how did you become the man I see before me, a kind man, a good husband and father, a man who lives his life to the fullest and loves with no hesitations?” He thought for a minute and with tears in his eyes answered, “Aunt Charmain, as a young boy I made a promise to my dad and my mother, wherever they were, that I would be a man they could be proud of.” I’m confident Dirk is. Tam continues to search for his biological mother.